0
No products in the cart.

Johanne’s board is suitable for groms over 155cm and adults under 181cm. This model is ideal for the surfer who is of average height who really wants to perform all the carving manouvers such as: Round House Turns, Drawn out Carves and Grab Rail turns.

The 32.5” is the most popular model amongst male and female SmoothStar Teamriders, as they can push hard through their turns due to the extra concave in the deck. The tail is the widest of all SmoothStar models, which encapsulates the back foot so that your toes don’t hang off the edge.

The 32.5″ Johanne Defay Pro model is one of the newest of the SmoothStar Surf Trainers. It has been closely developed with Female pro Surfer Johanne Defay and mimics her powerful carving surf turns. The 32.5″ model has the deepest concave of all of the smaller high performance models under 33″. The deeper concave enables riders to hold the rail more than other models and helps maintain compression through the turn just like surfing.

The 32.5” is the most popular model amongst male and female SmoothStar Teamriders, as they can push hard through their turns due to the extra concave in the deck. The tail is the widest of all SmoothStar models, which encapsulates the back foot so that your toes don’t hang off the edge. 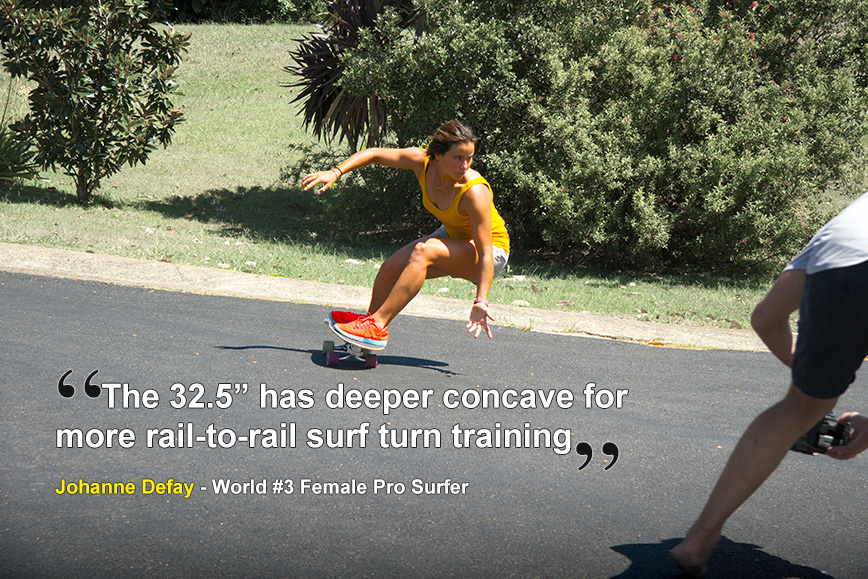 Who is Johanne Defay?

Johanne is a 25 year old female pro surfer ranked top five in the world. She is best known for her powerful backhand surfing and has beaten many World Champions on left hand point break waves. Johanne is one of the fittest surfers in the world with a tough and rigorous training routine in her home country, Reunion Island. 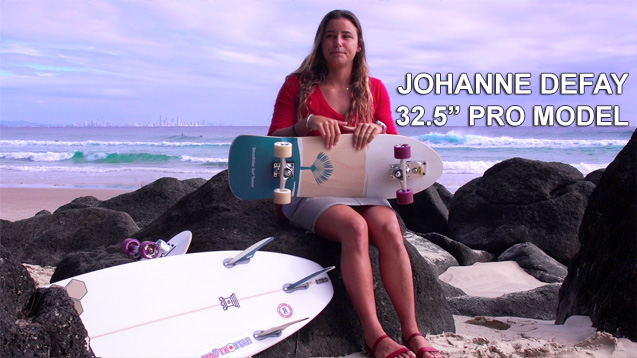 There are no reviews yet.

For the high level rider looking for the ultimate in lightweight performance, as well as some “user friendly” features to help with figuring out first time tricks!

Meagan is evolving our sport and pushing the LF engineers to improve her product. With the M.E. AERO weighing 5.35 pounds, our R&D team helped take her riding to the next level. Made from a lightweight AERO core with C4 carbon reinforced top and base…this is Meagan’s lightest board yet. Progress your riding to levels unimaginable.

Hyperlite Surf offers unique high performance boards for all ability levels, and now introduces a complimentary line of Wakesurf ropes to exceed previous experiences getting into the wave. Noah Flegel administered oversized Foam End Caps to his pro model RIOT Surf Rope, allowing him to pitch the handle back to the boat, keeping it and its passengers safe. The new Pro Surf Handle also utilizes Noah’s expertise but with an EVA grip, while the RIOT is suede. The design also eliminates board dings in those rare instances where the handle can hit your most prized possession. With a solid 10″ floating handle and 4 machined EVA floats over the 25′ total length, this combo remains afloat for the entire session.

The 32” Flying Fish is a responsive, sharp turning and slightly cheeky model designed for younger surfers. It is perfect for practicing surf manouvers such as the bottom turn or a cutback. The wide, slightly concave deck and swallow kicker makes it easy to perform effortless tail slides.

These brand new, professional grade ABEC 5 bearings by Independent are pre-lubricated for a smooth, fast ride. They come in the standard size (608 with a 8mm core, 22mm outer diameter, and 7mm width) and provide the best in performance and durability. Each set of Independent 8mm 5s ABEC 5 Skateboard Bearings contains eight (8) bearings, which is enough for four (4) wheels.